A world with no hunger, no disease, no war, no misery. Humanity has conquered all those things, and has even conquered death. Now scythes are the only ones who can end life—and they are commanded to do so, in order to keep the size of the population under control.

Citra and Rowan are chosen to apprentice to a scythe—a role that neither wants. These teens must master the “art” of taking life, knowing that the consequence of failure could mean losing their own.

This book is everything for me. It actually lived up to the hype! So with that I’m going to break down my thoughts in different topics, from the plot, world building, characters and the book as a whole.

I will start with the world building. As this is our world in the far future, it was not that hard to picture out the entire setting. But the author did his job in making it so amazing. Imagine a world with no illnesses, no death, and growing as old as you can, as well as not aging physically. That is a world we dream in our dreams. I really love that aspect of that.

Now for the characters. This is the book that made me love someone with the name Rowan (comment if you know what I mean). Rowan is a person that I loved at the start of the book. I relate to him in being a lettuce and just enjoyed being one rather than being the meat. But we also get to dislike him and his decisions but we cannot blame him. He was put into that position with no choice, he had to act for him to get through it. I admire his dedication and love for Citra. He would give up everything just to spare Citra’s life.

I also loved Citra. Her character is just so different. Her confession of the event that happened in her childhood really shaped her to become who she is. I admire her honestly; and how she is also dedicated to protect Rowan despite not admitting to liking him in the first place. We can see how she developed from being scared to being strong. I also admire how she did everything to find out about how Scythe Faraday died.

Another character I loved and admired is Scythe Faraday. I first didn’t liked him because of how brutal he is towards Rowan and Citra. You can see how dedicated his is to his job as a scythe. I admire him for that, to be honest. It’s not everything you’ll find someone who is so dedicated with what he does, especially killing someone everyday. I also liked that as he spend time with both Rowan and Citra, he grew more attached to him to the point that he faked his death to save both of them from killed each other. It’s also amazing how Scythe Faraday can find different ways in killing people without repeating any methods again for hundreds of years. You can tell how dedicated he is.

And one last and final character I admire is Scythe Curie. She is also someone you’d find intimidating and strict. She was so brutal to Rowan and Citra when they first encountered each other. But as you get to know her in the book, she isn’t that bad. Her history with Faraday changed my perspective towards her. She is just doing her job, so well like Faraday.

It is both plot and character driven book. You’ll love it no matter what. This makes me want to trash my TBR list and continue with the trilogy just because all books are already out! 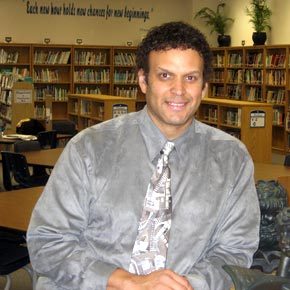 Award-winning author Neal Shusterman grew up in Brooklyn, New York, where he began writing at an early age. After spending his junior and senior years of high school at the American School of Mexico City, Neal went on to UC Irvine, where he made his mark on the UCI swim team, and wrote a successful humor column. Within a year of graduating, he had his first book deal, and was hired to write a movie script.

In the years since, Neal has made his mark as a successful novelist, screenwriter, and television writer. As a full-time writer, he claims to be his own hardest task-master, always at work creating new stories to tell. His books have received many awards from organizations such as the International Reading Association, and the American Library Association, as well as garnering a myriad of state and local awards across the country. Neal’s talents range from film directing (two short films he directed won him the coveted CINE Golden Eagle Awards) to writing music and stage plays – including book and lyrical contributions to “American Twistory,” which is currently playing in Boston. He has even tried his hand at creating Games, having developed three successful “How to Host a Mystery” game for teens, as well as seven “How to Host a Murder” games.